Tessa McCormick won the U20W 1500m in the Northern Senior and U20 Championships held at Sportcity Saturday 22nd June 2013.

Her time was 4 mins 39.72 secs.
Tessa won a brilliant tactical race. She was in a group of three that broke away early in the race, with the lead regularly changing hands. Then, in the last stages, she broke away.
Hearts in mouths on the last bend, but she pulled away strongly to win.

Her victory qualifies her to run in a joint England / Northern Athletics team against Wales later in the year. Watch this space! 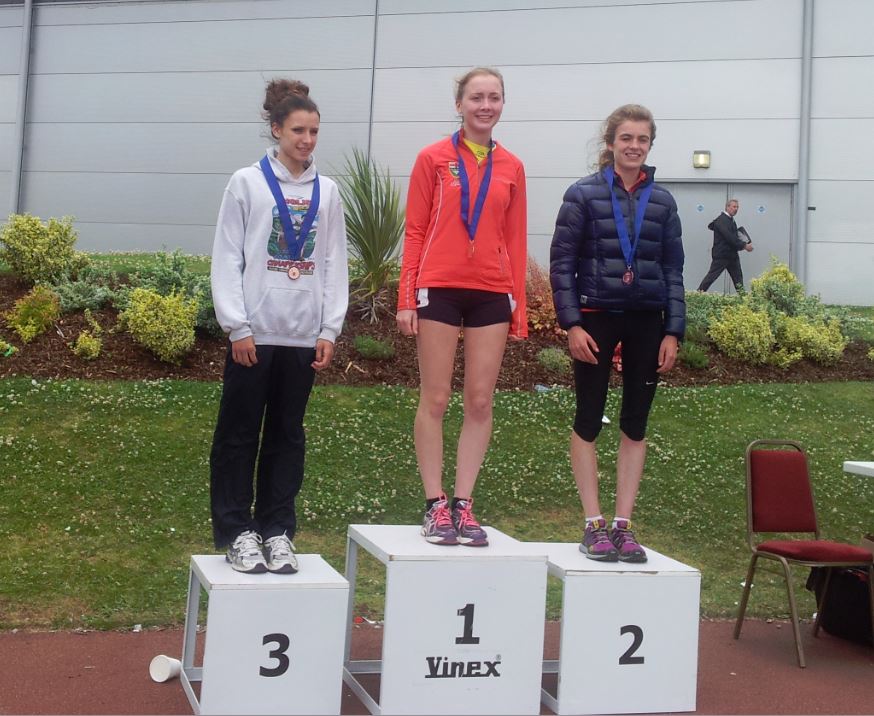