Junior Athlete of the Month for June

The award this month goes to.....
Ben Lee 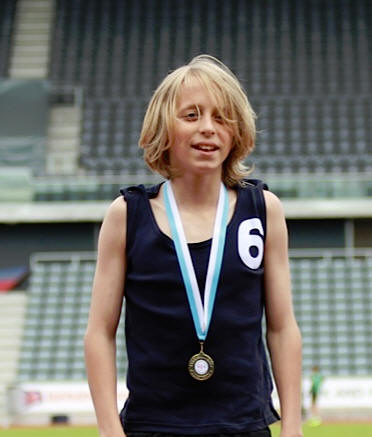 Apologies for the gap in declaring Junior athletes of the month.
This recognition award is now back and will occur monthly.

Our coaches have seen to recognise a number of athletes this month.

Two of the older juniors, Tessa McCormick and Kate Moulds are running well.
Tessa triumphed in the Northern 3000m recently.
Kate has shown that hard work pays off and qualified for ESAA nationals for the first time.

Of the younger juniors, coaches have recognised the efforts of Millie Nugent, who in her first season always turns out in training and competition and gets improved results.

Other nominees included Ellie Jackson who won her Quadrathlon at Sports City and Louis Greenwood who beat his PB in javelin by about 6m in trying to qualify for the ESAA nationals.

However, our athlete of the month is awarded to Ben Lee.
Ben has recovered from two hip operations, started by walking and then eventually came back to running to set new club records in the 800m & 1500m together with a new ISA record & recently won the Manchester junior run.


We are now looking for nominations for July.
Just give the athlete's name and why you think they deserve the award to one of the club's officials.
Or send an email to info@valeroyalathleticclub.co.uk.