Junior Athlete of the Month for September

The award this month goes to.....
Sam Whitehead 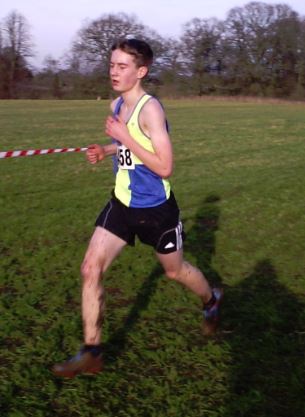 With the Track season coming to an end attention moves onto Cross Country. For a period of about 6 weeks Road and Cross Country Relays are high on the clubs racing agenda.
September saw the first of these, the Northern Road Relays in Blackpool.
Vale Royal had a team in every age group and the club came away with a Gold, a Silver and a Bronze medal.
Excellent performances were put in by a number of athletes which has again made nominating an athlete of the month very tricky.

However, for September we have chosen an athlete who has overcome a series of injuries but continued to impress in his training and racing.
His 2012/13 Cross country season was cut short following an excellent run in the National Cross in Sunderland, this meant he missed both the Inte-Counties in Birmingham and more importantly the English Schools in Derby, where he could easily have been pressing for a Schools Vest.
He started his track season late but still achieved the English Schools qualifying time over 3000m.

September Athlete of the Month for his fine second leg in Blackpool, where he took his team from 5th to 1st goes to Sam Whitehead.


We are now looking for nominations for October.
Just give the athlete's name and why you think they deserve the award to one of the club's officials.
Or send an email to info@valeroyalathleticclub.co.uk.